Maruti Suzuki has recently updated the Baleno with all-new design elements and an AMT. Earlier, Baleno was offered a CVT which is now not in the option. Let’s take a look at the key specifications.

If Tata would have offered the turbocharged engine with the DCA, things could have been a bit different. But for now, we’ll have to settle with the less powered naturally aspirated engine. Even in this form, it is at par when it comes to power and torque output.

But when it comes to engine refinement, Maruti Suzuki takes a huge lead here with the 4-cylinder engine. Suzuki engines are known to be refined and offer better fuel efficiency, and the same is the case with the Baleno here.

Now, where Tata Motors might have done wonders is the all-new DCA which is the world’s first DCT with a planetary gear system. While Maruti Suzuki Baleno has stayed stuck to the AMT, Altroz has a 6-speed DCA on the offer. As per our experience, Baleno’s AMT is slick and smooth too. But a DCT is a DCT after all! And Tata has claimed that the DCA takes just 250 milliseconds per shift. That’s quite fast.

When it comes to maintenance, Tata Motors is saying that the DCA is going to be easier to maintain than the general DCTs available in the market. This is because of the fact that Tata Motors has managed to reduce the number of moving parts. Though we’ll have to wait for a while before we compare the servicing costs. We’ll be bringing that to you soon.

What about the looks?

If I were to compare the old Baleno with the Tata Altroz, I would’ve definitely chosen the Altroz. But with the recent update, the all-new Baleno has taken the game to the next level. On the other hand, Tata Altroz has always had a design language of a gold standard. I won’t be dwelling on this comparison a lot as the beauty lies in the eyes of the beholder. Which hatchback would you choose solely based on the looks? Let us know in the comments section below.

And now, the features! The gold standard vs the tech goes bold

Maruti Suzuki is not known to offer a lot when it comes to features. We usually end up saying that a Maruti car offers just an adequate amount of features that are required. But this seems to have changed a lot with the all-new Baleno. A good amount of first-in-class features along with the others have surely made the market of these hot hatchbacks a lot hotter. Let’s take a look at the comparison of features.

Maruti Suzuki has surely gone bold by adding a lot of features to the all-new Baleno. The HUD, 360-degree camera, a larger infotainment system, and much more. Tata Altroz also offers quite a bunch of comfort features but does lack a bit behind the Baleno.

And now, the comparison of safety features. Tata Motors has built quite a reputation when it comes to safe cars. On the other hand, Maruti has not been known for being the best in this arena. But, with the 2022 Baleno launched, Maruti Suzuki claims to have taken safety to the next level as well.

While both the cars offer similar safety features, Maruti Suzuki Baleno takes a lead when it comes to the number of airbags in the top-spec variants. Do note that the Tata Altroz has scored a 5-star rating at the Global NCAP crash testing.

And now, the price comparison!

Maruti Suzuki Baleno has an AMT that surely costs lesser than the Tata Altroz DCA. Baleno is surely offering a good amount of features, a refined engine, and a not-so-bad automatic transmission. What would be your choice? Let us know in the comments section below.

Yezdi Adventure vs Royal Enfield Himalayan: The Battle of Roads or No Roads 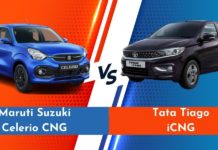